Enter the Upair One, a surprisingly affordable yet sophisticated all-around 4K drone from China-based GTEN Innovations. Unlike most in its price range, the Upair One is not a run-of-the-mill low-priced quadcopter with a so-so camera and cheap materials. In this Upair One drone review, RC Hobby Review will go over everything you'd want to know about this great budget friendly quadcopter.

It comes as advertised and performs as promised. It may be a source of concern for some that the Upair One looks incredibly similar to the ever-popular DJI Phantom lineup of drones, mainly because most copycats' beauty is only skin deep. However, the Upair One is such a formidable drone that we would rather call it a look-alike than a copycat.

Who is the Upair One Drone For?

Drone users all have different needs and skills. Some users just want their drones to satisfy their hobbies, while others are out to make a living. Camera and battery specifications, plus other functional features, determine what kind of task a drone is best suited for.

The Upair One is easy to use, and its intuitive controls take a very short time to acclimate to. Thus, it is a good choice for beginners. But that is not to say it lacks its fair share of professional enthusiasts. The Upair One’s excellent camera and advanced IOS function provide terrific flyby shots that many pros will appreciate.

The Upair One is also ideal for users who want to reach hard-to-access areas, such as swamps, thanks to its 0.5-mile maximum flying distance.

Beginners and pros alike will benefit from its excellent flight characteristics. The drone can hold its route and altitude once airborne but continue to respond to stick mode.

An 18-minute flight time, however, may not be enough to warrant its status as the primary drone for many advanced users. For drones with longer flight abilities, check out our review these drones! Users out for a more significant bargain may opt for an Upair One with a 2K camera while those out for better picture clarity may choose to spend a little more for the 4K camera enhanced model.

We hope that this Upair One drone review helps you determine whether or not it is the right drone for you.

Full review of the Upair One drone: 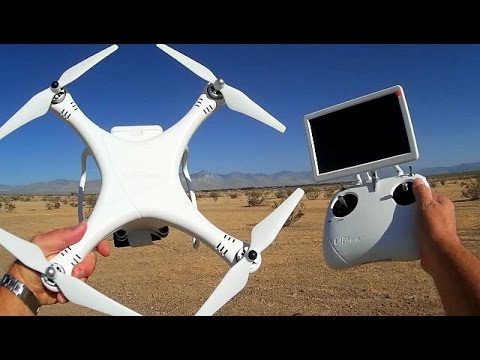 The Upair One package includes a fully-assembled model and the following:

​
The following equipment is needed but not included:

The package should arrive unscathed thanks to the high-quality box used. Inside, you will find a fully-assembled, ready-to-fly drone. It shares a matte white finish with the transmitter, which reminded us of the DJI Phantom models. Two chargers are provided standard: a two- and three-cell 800mAh for the transmitter's battery and a special one for the flight battery.

The camera features a 1600mAh 3.7V lithium-ion battery that enables it to be used separately from the drone. A USB cable running from the gimbal plugs into the camera and switches it on or off from the transmitter. The flight battery automatically charges the camera. As noted earlier, an additional USB cable would come in handy for this purpose. Extra storage is also essential if you want to capture a massive amount of data. We recommend adding a 32 GB microSD card.

Upair One Overview of Features

The Upair One's general specifications are as follows:

We will discuss the Upair One's features and components in separate sections in order to help you better understand its capabilities.

This system lets you draw a predetermined route for your drone, and it will automatically follow the selected path. All you have to do is pick a departure and arrival point, and the Upair One will fly itself. The program works with a downloadable Android or Apple application. The app lets you program the drone to undertake complex maneuvers and cover the desired points, all while capturing images and videos. The flight route-planning feature eases the airborne operation and eliminates the risk of crashing.

Automatic takeoff causes the drone to hover 10 feet above the ground until it is stable enough for you to control. It's also an added cool factor when a drone hovers around your backyard. The auto-landing mode lets you choose the landing position then does the work for you. This feature can be especially useful for novice flyers as it reduces the chances of a crash landing.

This mode restricts the drone to a 10-yard radius around you. It ensures that the drone does not wander too far and get lost when in use by children. It also directs the camera to the user for amazing selfies.

The Upair One drone makes use of PVC composite materials in the fuselage for enhanced ruggedness. It also features other high-quality materials on other parts for added strength and weather protection.

The anhedral design not only enhances its GPS reception and overall stability but also adds aesthetics.

The 5400mAh battery is advertised to return about 18 minutes when fully loaded, although some users claim to achieve a 21-minute return. A quick-charge feature lowers the charge time to 1.5 hours. Flight range is 0.5 miles without visual feedback, and 0.3 miles with the FPV turned on.

Depending on needs, and budget, you can have your Upair One drone in one of two camera specifications: a 2.7K and a 4K version. Both cameras are excellent, and the only problem arises from the somewhat unstable gimbal system. The 2-axis gimbal limits the camera's rotation scope and compares unfavorably to the industry's standard 3-axis gimbals.

Please note that the typical computerized charger owned by most hobbyists will not be compatible with the Upair One unless you rig some spade connectors. You are better off sticking with the factory charger.

An LED indicator glows red when the flight battery drains and turns to green as it charges. Four LED status lights on the battery's control panel add to the pack's aesthetics. They flash in sequence when charging and go off when the battery is full. The transmitter battery's balancing charger handles both 3S and 2S battery packs with standard JST-XH balancing plugs. The transmitter battery’s LED indicators' behavior is the same.

You can screw the propellers onto their respective motors as the batteries charge.

The transmitter has a couple of power modes: one with the screen turned on and the other when it is turned off. Moving the switch to the center powers up the transmitter but the screen only lights up after you flip it to the extreme right. A tap on the battery switch and long press of the power switch fires up the Upair One.

After a video link is established, the screen provides the following information:

Moving the throttle stick to the default halfway point increases the motors' speed. Past the halfway point, the motors will spin to takeoff speed. There are three flight modes: an altitude hold mode that raises or lowers the drone; a position hold mode that adds GPS stability; and an IOC or "intelligent operating control" mode that keeps subjects in frame on video flybys.

​
The Upair One represents a substantial price breakthrough for 4K aerial photography. It also sweetens the deal with decent battery capability and flight times for its price. Additionally, its intuitive controls and automatic modes make it one of the most easy-to-use drones on the market. We agree that it has its downsides, such as a mid-level flight range and a limiting gimbal, but it makes for a perfect semi-professional drone.