What is the best tablet for the DJI Phantom series drones?

When looking for the most suitable tablet to operate your DJI Phantom 3 or phantom 4 drone, ideally, you'll want one that doesn't freeze up, crash, or lag during flight time. With this comparison by RC Hobby Review, we're going to look at some of the best tablets for DJI Phantom series and discuss their features, pros, and cons in detail.

This particular tablet comes with an advanced Phantom 4 controller and is considered to be on the high-end spectrum of drone tablet displays.

The 5.5-inch 1080p tablet screen is integrated with the Phantom 4 Pro controller as it provides 1000 cd/m2 of brightness, which is twice as much light compared to other smart devices. This can come in handy on sunny days where regular LCD screens are too dark to see.

The DJI GO app that controls the drone is built into the tablet and the hardware and software can be fully customized to fit your preferences. This reduces video lag and prevents crashes or sudden moments of losing control of the drone.

Other features such as an HDMI port, microphone, micro-SD card insert, integrated loudspeaker, and Wi-Fi connection allows you to edit images inside the DJI GO app directly. This way, you can share images instantly online on social media.

The tablet can run for five hours after being fully charged, making it an ideal combination with the Phantom 4 Pro for aerial videos and images.

The tablet boots up in less than 24 seconds, making the Phantom 4 Pro one of the quickest drones to prepare and launch. Its touchscreen is also rather responsive so you don't have to worry about lag too much.

It's adequately bright enough to see the controls in sunlight and the remote comes with 16GB of built-in storage and a micro-SD card insert if you need more space.

Unfortunately, the tablet doesn't have any kind of slot for a SIM card, so you'll have to have a connection to a Wi-Fi network if you wish to stream your flight live on streaming websites.

The screen is also kind of small and runs on a questionable version of Android 5.1.1 Lollipop, but it doesn't have any Google apps or a Play Store. 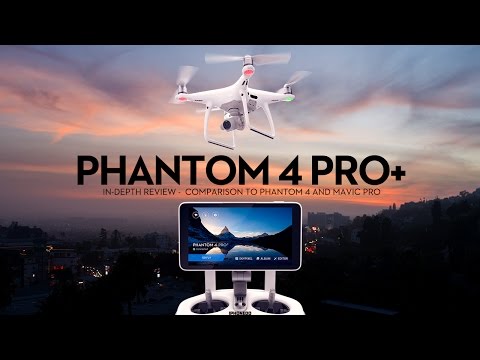 Check the Current Price at DJI.com!

Apple iPads are most revered for their quick responses and crystal-clear resolutions, which is why they're commonly paired with DJI Phantom drones.

The 32GB iPad is ideal for those who wish to use the DJI GO app with a bigger screen for easier operation. It has a 9.6-inch retina display with a wide color range and true tones for bright and vivid imagery, along with a 10-hour battery time.

The iPad is fully equipped with the proper hardware to run the DJI GO app smoothly with its A9 third-generation chip and 64-bit architecture for less lag or stuttering while flying the drone.

Software and hardware optimization is also highly superior because of its fast response, which makes the iPad a rather popular choice to pair up with the Phantom 4 Pro. The 8MP sight camera lets you see what the drone sees clearly, and since it's included with Wi-Fi, you can edit your images on the fly through the DJI GO app.

The large 9.7-inch screen size of the iPad is great for those that have a generally hard time seeing small print or icons. You can also easily adjust the brightness so you're not straining your eyes trying to see during the daytime.

The touchscreen responds immediately and because of its powerful operating system, you can operate the drone with little to no lag or crashes. It runs for up to 10 hours on a full charge and has a 2GB RAM.

Because this version of the iPad is rather big, it can feel a bit heavy and bulky when you mount it on the Phantom 4 Pro controller. iPads can also get a little hot with prolonged use, especially if they're in the sun, so it's best to use either a visor or some form of shade when using it on a particularly warm day. 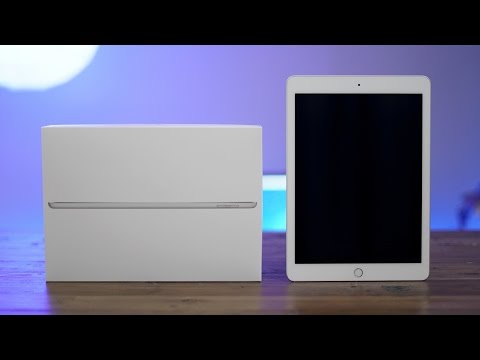 The Apple iPad Mini 4 stands as one of the most preferred tablets to use in pair with the DJI Phantom series drones for many good reasons. While less expensive than the large iPad, it has a powerful operating system that's more than enough to operate the DJI GO app smoothly.

The iPad Mini since isn't as bulky and big as the original iPad and is ideal for anyone who prefers convenience over size. It weighs less than half the weight of a full-size iPad or around 0.66 pounds. It also has a 7.9-inch retina display with 2048 x 1536 resolution for bright and crisp images and videos.

In terms of power, the iPad Mini 4 uses an A8 chipset with 2GB of RAM so you can use the DJI GO app and control the drone with little to no lag or crash errors. Compared to Android tablets, the Mini 4 is much more responsive since it inherited advanced screen technology from its more expensive iPad Air 2 counterpart.

The battery life will last you a good 10 hours and with 32GB of internal storage, you can easily store all your videos and photos within it to share online later. Its 8MP camera is good enough to see what your drone sees clearly and you can adjust the screen's brightness anytime you'd like for less strain on the eyes on sunny days.

The iPad Mini 4 is a lot lighter than the regular size iPad which makes it a lot easier to use with the Phantom 4 Pro controller. It has a rather high-quality screen resolution with retina display so that you can see brighter colors and won't need to use a visor to see the screen in the sun.

Because of its access to many apps (especially photo editing ones), you can easily transfer your videos and photos into any editing software of your choice and then share them onto social media.

The Mini 4 isn't as powerful as its more expensive counterparts, so it still has the tendency to lag when too many apps are open. It can also get pretty hot if you use it for a long period of time, especially when you're using it on a warm day outside with your drone. The screen is smaller than a regular iPad, so this tablet may not be too ideal for those with vision problems. 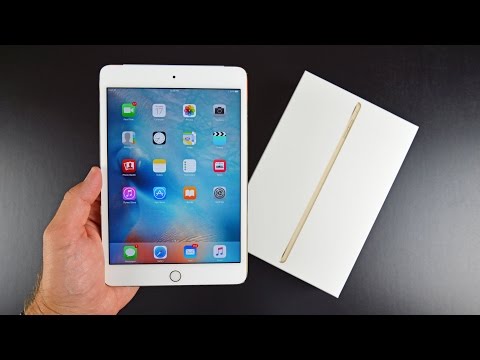 The DJI Crystal sky monitor is one of the more moderately priced drone tablets designed for professional outdoor aerial videos and images. It's greatly favored for its ultra-bright display that's visible even in sunlight and works in tandem with the DJI Go app to give the pilot complete control.

The tablet's monitor is four times brighter than other common mobile devices for it has a maximum 2000 cd/m2 of brightness. It comes in either 7.85-inch or 5.5-inch screens and provides sharp and clear details and colors to give you the quality needed to see the drone's controls easily.

In bright sunlight, the tablet is equipped with a Sunlight Readability Enhancement mode to automatically process the image in real-time for a more comfortable viewing experience. Because of the CrystalSky monitor's optimized decoder, you get a smoother video display with little to no latency or video jitter.

Thanks to its new and improved system, unneeded Android apps and viruses are prevented from affecting the tablet's performance. It has the DJI GO app embedded in its software, and due to its two-cell 4920 mAh secondary external battery, it can run up to 4-6 hours.

It fully supports H.264 and H.265 video decoding so you can play videos back at 30 fps and 60 fps. If you wish for extended storage, the monitor has two micro-SD card slots on its side.

Using the monitor's HDMI port, you can have 4K video to be output to FPV goggles and other monitors. If you're planning to shoot drone footage in extreme temperatures, the CrystalSky tablet luckily has extreme temperature optimization so that it can operate in temperatures as low as -4°F and as high as 104°F. It runs for a decent 4-6 hours and has an ultra-bright screen which allows you to see clearly in bright sunlight.

While the 5.5-inch model is fairly portable at 0.87 pounds, the 7.85-inch model weighs around 1.3 pounds, making it less desirable to carry around. When trying to play 4K videos stored onto a micro-SD card from the DJI Go app, playback is slightly choppy and will hopefully be a resolved issue in later models. As this is a rather high-end monitor, it may be a bit pricey for ordinary drone users. 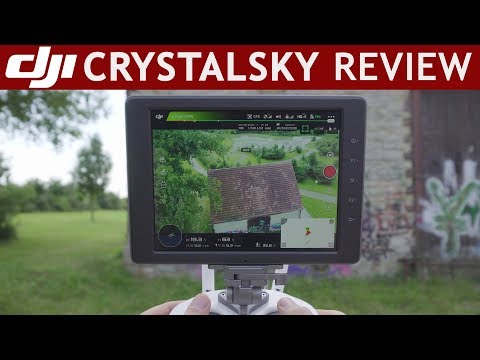 Whether you choose the Phantom 4 Pro/Adv Remote Controller and Display, 32GB iPad, iPad Mini 4, or CrystalSky monitor, all of these are some of the best tablets for DJI Phantom series. They can provide you with the adequate power, display size, and brightness you need to operate your drone smoothly, but ultimately, whichever one you decide on depends on your personal preferences. Choose the best phantom series accessory and let know you thoughts in the comments below!